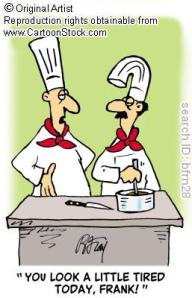 The last 10 days has been a  challenge – college kids returning home for Spring Break; working more hours; endless things to attend to during the week. BUT, one thing is sure, we are STILL in Russia. My kids remind me daily by asking what Russian meal are we having tonight? You gotta love it! The food is amazing but I have found that it has been a challenge in terms of time….but I cook anyway.

The other day, I received a special gift – a dozen farm fresh eggs

from the horse farm my daughter works.  Just when I thought, what to cook for Russian dinner  (yes, there are those days ) is the day when someone gives me a Russian staple. Russia has a saying to describe a beautiful young girl “round as an egg” –  maybe Americans can’t imagine this attribute for young girls, but eggs for Russians were really precious during the Soviet era. Use eggs in Russian pasta dumplings, sweet cakes, and blinis. They are fast to cook, cheap and easy for anyone. Russians like a fried egg with a piece of bread and fried sausages. We had the egg and bread and there is nothing fresher than farm fresh eggs!

Stay tuned – Russia is here to stay till the end of March! Then we will celebrate the hostess – me – with Vodka – a common toast in Russia for the hostess and why not, it sounds darn cool in Russia and in America.

Here is sampling of things in Russia in our home:

Do vstrechi- see you later!