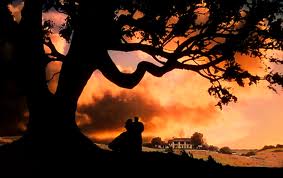 I have a two month break before I head over to Germany for a month of bratwurst and kraut for October and I needed something to cook during that time. It’s hard for me not to think of something to cook. Been thinking about it since I was 15 years old. If you have followed this blog, then you know that as a teenager I was petrified of what I would cook for the rest of my life. It kept me up at night. I know-my brain was hard-wired to think not of teenage things like boys and dates but of meal preparation.

So here we go around the globe again. This time I head over to the Southern States. When I think of Southern cooking, I think of collard greens, fried chicken, ham, macaroni and cheese, creamed corn, peach cobbler and sweet tea. This is the stuff of church potlucks and good ol’ fashioned Sunday Dinners, and some of my kids’ favorite foods.

I do love me some collard greens. I like to request that from some of my church lady friends. I am not a great Southern cook. I just as rather go pick up a bucket of fried chicken than make some, but since I live here in the south, I wanted to study the history of Southern cooking. One of the writers of my featured cookbooks expresses the importance of southern ways of eating: “They have reinforced southern traditions and the belief that the food eaten, and the manner in which it is partaken, have social and cultural significance.” –Tastes in Plaid, a book which celebrates the traditional cooking of the Carolina Piedmont, specifically Alamance County- a textile community-and its evolution in

contemporary culture. There is something mysterious about Southern ways, cooking and hospitality that makes me want to uncover it. So let’s go South and see what we can find.

Some of the books that I will use to help with cooking and learning about the history of Plantations will come from: Plantations Celebrations-Louisiana Plantations, Creole recipes and food contributions from the slaves of old;  Pines and Plantations Georgia Plantations; and finally Lee Bailey’s Southern Food and Plantation Houses. One movie to see during this time: “Gone with the Wind” –it’s opening scene of a large cotton plantation named “Tara” in rural Georgia- check that one out, if you have never seen it. I think a party with Southern Foods and the movie playing in the background would be my ideal Saturday.

I will leave you with a few menu items for the week:

Breast of Duck with Caramelized Peaches

Here’s a recipe from Rachel Allen’s 1790 Remedies. Rachel Allen was a pioneer settler in Alamance County. If you ever wanted to know what to do with that burnt toast you make in the morning.

“To clean the teeth. Rub them With ye ashes of Burnt Bread.”